The Private Lives of Vikings in a Viking Age "Longhouse" 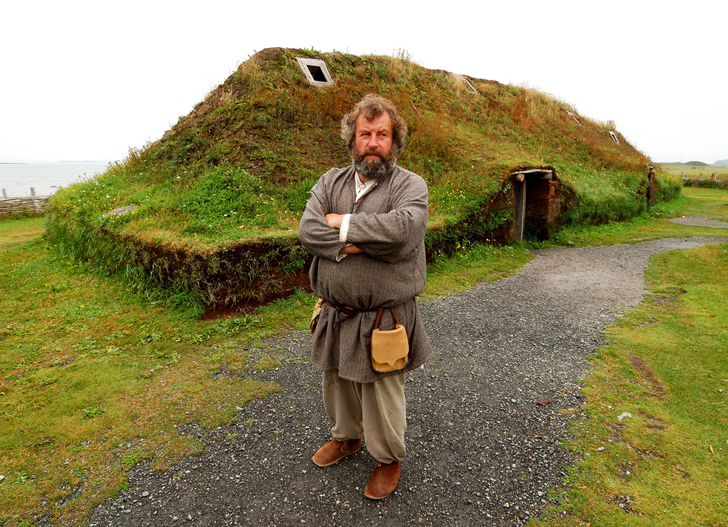 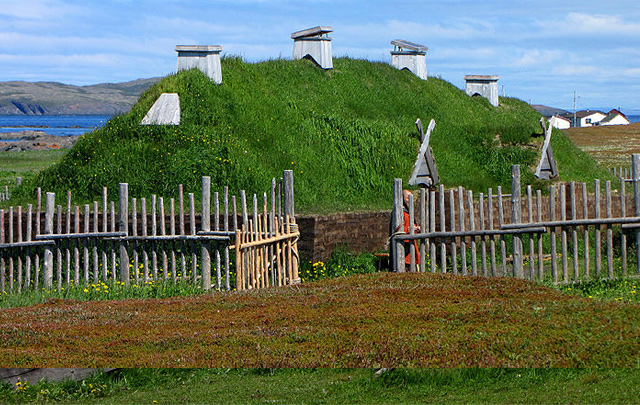 【Abstract】Vikings are an ancient people from Scandinavia in the 8th to 11th centuries AD. The houses in which the Vikings lived were called longhouses, and the people who lived there were usually nuclear families. In private life, women play a larger role than men most of the time. This stable state of private life also played a role in the orderly functioning of Viking society.
【Key words】Viking age; longhouse; private life 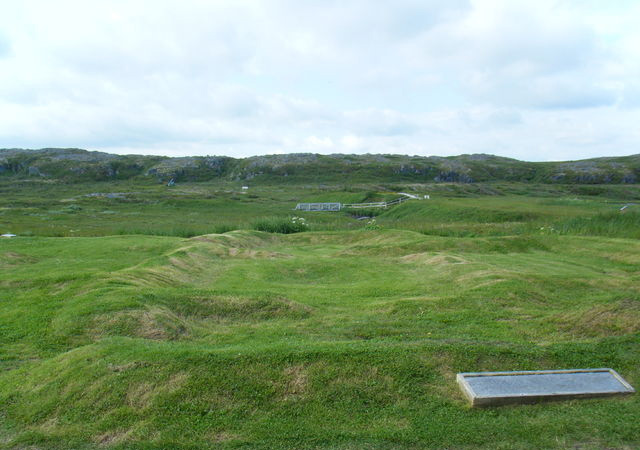 1. Defining the Vikings and their private sphere of life
At the end of the ninth century AD, seemingly overnight, a new and powerful armed force emerged in Europe. Compared with the Germanic kingdoms, which had basically completed Christianization at that time, these people from Scandinavia were still "barbarians". They were pirates who were feared by Western European countries, and their influence spread throughout but not limited to the Frankish Empire and The three kingdoms of the Franks, Britain and the islands of the North Atlantic, Russia, and the Eastern Roman Empire, which were subsequently split off, all suffered from these pagan invasions to varying degrees. And these "pagans" are a famous ancient people in history, the Vikings. The era when they ravaged Europe is also known as the "Viking Age" (8th to 11th centuries AD). "Viking" has two meanings in the Scandinavian language and in the ancient Vikings' own script, Rune, or Rune: first, travel, and second, plunder. ① The word is also often heard in the Vikings' own conversations, as they thought it was the highest compliment to them if someone called them vikingr mikil (meaning the great sailor). However, in the Middle Ages until the early modern period, although the word appeared in all the places the Vikings had reached, even when they were most active, whether in the chronicles of the Eastern Roman Empire and the Frankish Empire, or in the Celts Neither the chronology nor the Saxon uses the word "Viking" to refer to these pirates from the north. After entering the 17th century, some scholars gradually realized through the study of the literary works of Scandinavia that "Viking" was a symbol of the pirates that frightened almost the whole of Europe and was a An extremely precise word, which has been gradually used in historical writing since then. 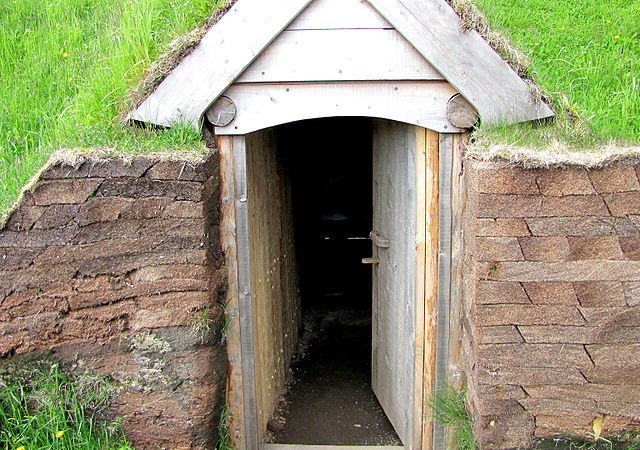 The main entrance of the Viking longhouse 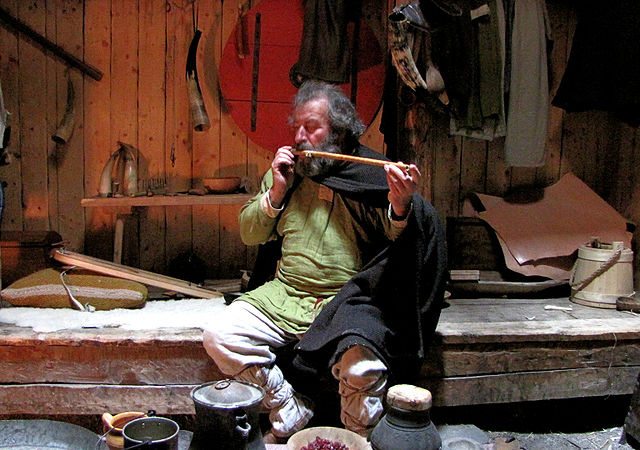 The private life covered in this article, as the dictionary defines it, refers to the personal sphere and family life of the Vikings. And despite feminists' vehement denial, Vikings' private lives were indeed female-dominated, "the realm of care, nurturing, and maintenance." Although the Vikings had not yet established a state and had no clear written law during this period, the distinction between the public and private spheres still existed in Viking societies that practiced customary law. And the scope of this distinction is marked by the unique house in which the Vikings lived - the longhouse. 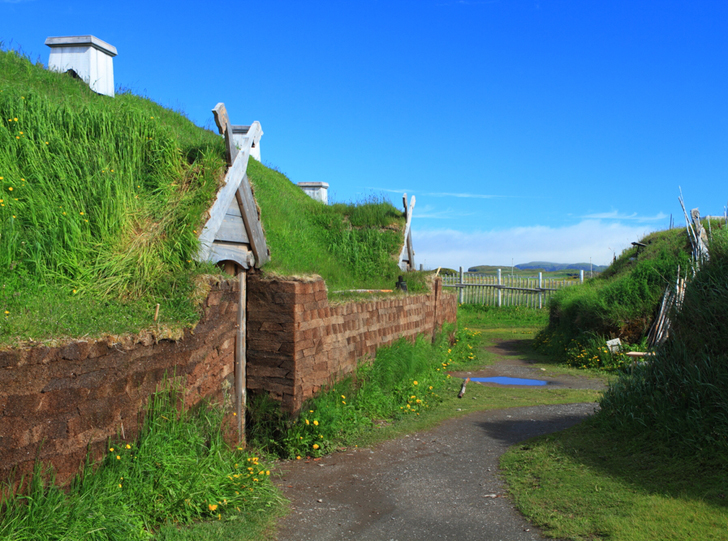 2. Private life in the "long house"
In almost the entire Viking Age, due to the local climate, available building materials and functions, the most common and typical house building was generally "a rectangular house, usually with curved walls. Such houses are generally 5 ~7 meters wide and 15 to 75 meters long, the length is increased by the wealth or social status of the owner, so it is called a 'longhouse'. ② Wooden benches are fixed on the two long walls. This kind of bench has many functions. Living, sitting, sleeping, eating and sleeping are all on the bench. Originally, the bed should be "like the womb of the family and the most private part of the house", 3 but it is clear that the Scandinavians at that time did not have the concept of "bed", nor did they have the need for private space in family life. . Beneath the bench can be used as a storage space for various sundries. The house is heated mainly by a long fire in the middle, and the smoke from the fire escapes from a hole in the roof that is equivalent to a chimney. This fire also functions as a kitchen, and the whole family is surrounded by this fire for meals or heating. This room is also the main storage room. Each family has one or two high-back chairs, and only the head of the family or very distinguished guests are eligible to sit on this chair. In real life, only the masters and females are generally eligible. All the people in a family (including slaves) and large livestock lived in this longhouse. ④ In most places, one end of the longhouse is a large cattle pen. Around the longhouse, there are other smaller outbuildings, generally used for smithing, drying cheese, bathrooms (which are also toilets), and enclosures for small animals. The materials used to build longhouses vary by region. For example, in Denmark, where the climate is relatively mild and there are few forests, the main structure of the house is usually made of wooden boards, which are then pasted with mud. In Norway and Sweden, huge logs are used as the main building materials. In Iceland, the Viking colony, because there were almost no trees, the houses were generally semi-underground, and the ground part was generally composed of mud, stones and turf.
Viking families were usually nuclear families, consisting of a husband and wife who lived together with their children and sometimes slaves. Everyone lived together, and when the children married as adults, they moved out to form new families. Because the adult male Vikings spent most of the year engaged in piracy, the role of father was usually absent in the family. Boys follow their mothers and other male elders who do not go out for various reasons at home to learn farming, combat skills and navigation, as well as tool and weapon making skills; girls mainly learn to manage household chores, spin and weave, and make butter and cheese. 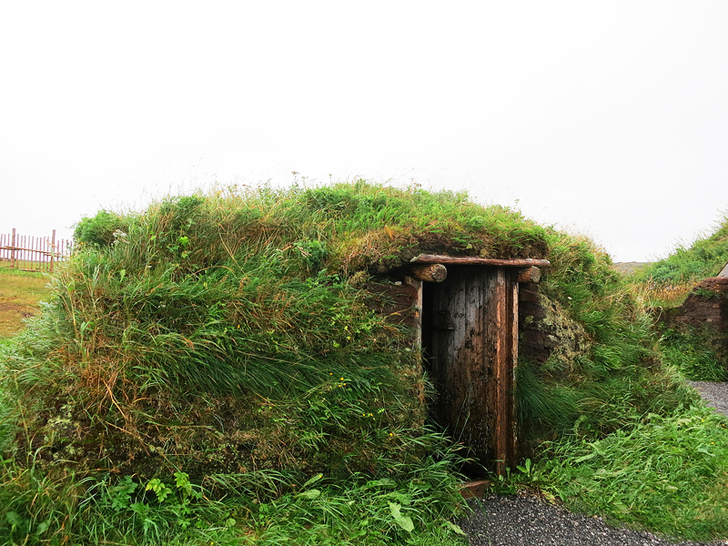 Judging from the narration of the Icelandic literature Saga, Scandinavian women are married at an early age, and women can get married when they are 12 years old. It may be due to the fact that Viking men are out all the year round, in order to ensure the purity of their blood, they attach great importance to the loyalty of women. In Viking society, adultery was a serious crime. Laws in certain parts of Denmark and Sweden provide that if a woman commits adultery with her lover, her husband can execute both of them immediately without any legal responsibility. Although Norwegian and Icelandic laws also make it illegal for husbands to be unfaithful to their wives, Viking men also had numerous wives, concubines and mistresses, which were acquiesced by society and would not be punished.
In pre-Christian times, Viking women still had a certain voice and autonomy in family life. If they are unwilling to continue their marriage, they can unilaterally dissolve the marriage simply by declaring the divorce in front of witnesses. However, when Christianity became the dominant religion in Scandinavia, this traditional right for women was abolished, and divorce declarations had to be approved by the bishop. After divorce, women leave their original families and return to their parents' homes with their personal belongings and dowry. If the divorce is due to the responsibility of the man, the woman may not return the dowry. This provision ensures that women's lives after divorce have a certain degree of protection, and they will not be left without support because of divorce, which is also a reflection of the status of Scandinavian women. 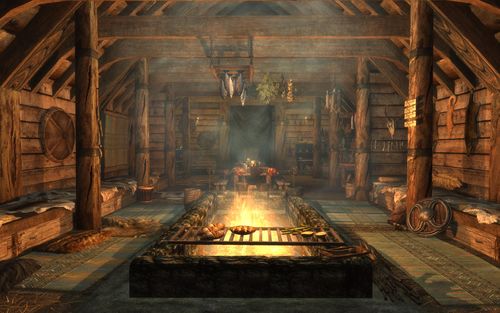 Dining hall in the longhouse that can accommodate multiple people

In addition to the male and female masters and their children, there is a special member in the longhouse, that is, the slaves. Viking slaves came from a wide range of sources, possibly bankrupt peasants, and more likely from war, plunder and trade. They were at the bottom of the Viking society and were the property of their owners like livestock. According to literature records: "A Norwegian family with 12 cows and 2 horses can legitimately supplement three slaves." On the other hand it is also monitoring to prevent them from escaping. After research, some scholars believe that the Vikings were more tolerant towards slaves. The slave lived in the same room as the master, and the situation was relatively good, and he was "allowed to marry, even though his children were still slaves." ⑥
3. Conclusion
Viking family life consisted only of public spaces, not the private spheres of the members. This determines that their houses only need to have a common venue for activities, which is also a historical factor in the emergence of longhouses. The longhouse will be withdrawn from the stage of history only after family members have developed a personal concept of privacy.
Generally speaking, the Viking family is relatively stable, and the Viking society based on the family is also orderly. The root cause of the family.