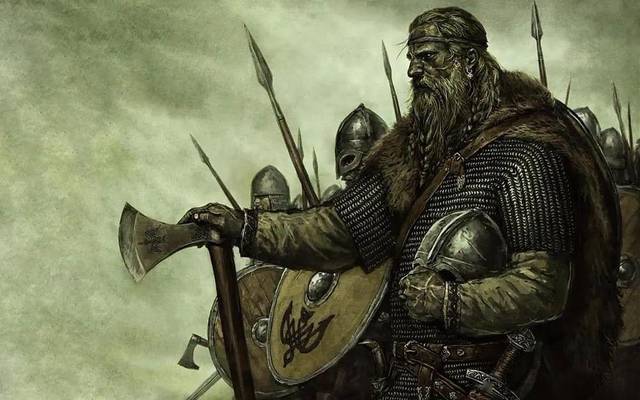 Vikings are famous for their sailing and seafaring skills. From the 8th to the 11th centuries, they have been invading the European coast and British islands, and their footprints have covered the vast territory of the European continent and the Arctic. This period is known as Europe's "Viking Age". 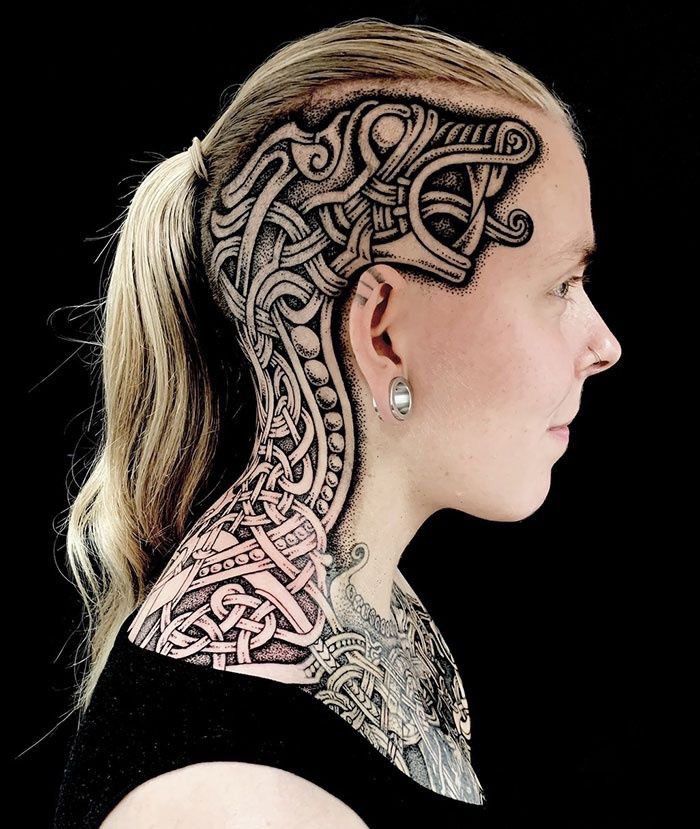 Viking tattoos symbolize bravery, fearlessness, and the willingness to dare to explore the unknown. Viking tattoos are popular among people of Norse ancestry these days, and more and more people are drawn to Norse mythology, culture and beliefs.

1. Aegis - Helm of Awe
The Norwegian word Aegishjalmur (Ægishjálmr) means awe at the helm (helm of awe) and is one of the most mysterious and powerful symbols in Norse mythology, clearly described in the Icelandic Magic Book (Galdrabók) of the 16th and 17th centuries. It is also the most representative symbol of Iceland now. You will see that many Nordic culture lovers like to tattoo this symbol on their bodies. 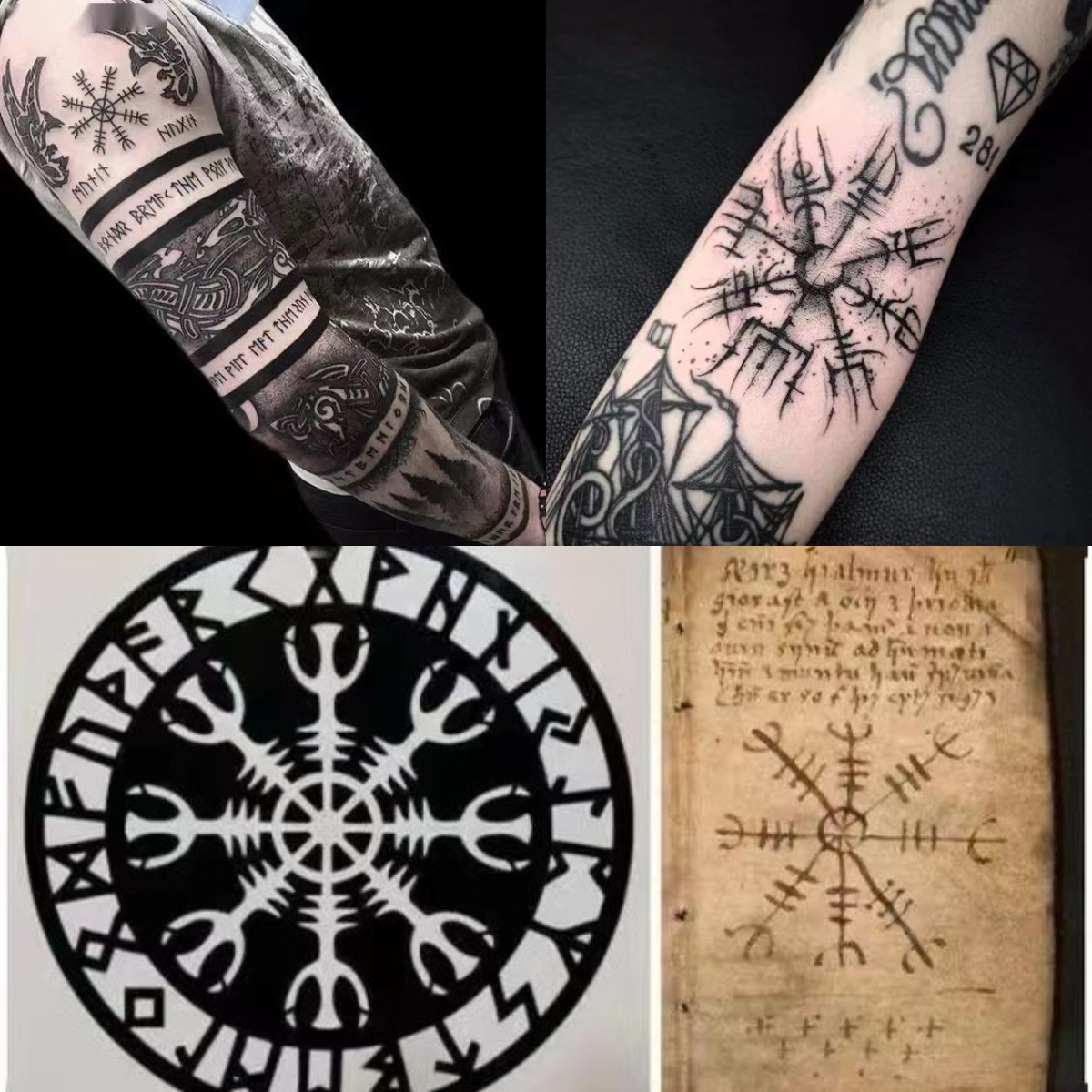 It is the most powerful symbol in Norse mythology, and this symbol represents protection. Just looking at the graphic is enough to inspire awe and fear within, as if a spiky trident-shaped weapon shoots out from a central point against the hostile energies on all sides.

2. Valknut
The Valknut (pronounced "Val-Not") is one of the most widely discussed yet mysterious symbols of all the symbols associated with Norse mythology. Valknut is a modern Norwegian compound word meaning "combination of those who died in battle". 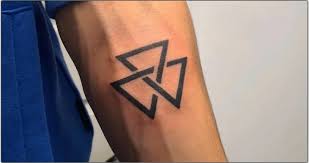 Valknut consists of three interlocking triangles pointing upwards. The (Valknut) sign appears next to Odin. This makes the Valknut logo a symbol of Odin. Many ancient Vikings believed that the sign indicated that Odin welcomed warriors to Valhalla and resided in the Halls of Brave Warriors in Asgard.

Archaeologically, it appears on several Viking-era runestones and pictorial monuments, standing on the Swedish island of Gotland, as well as on the funerary objects of the Oseberg boat burial in Norway. 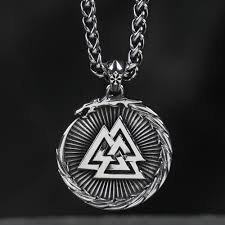 3. Yggdrasil
Yggdrasil is a big tree in Norse mythology. The species of this tree is Ash (Old Norse: Askr, English/Latin: Fraxinus), reaching sky high. In Norse mythology, the branches of this giant tree make up the entire world. Its transliteration name is "Uktrahir".

From this tree are derived nine kingdoms: and connect all things in the universe together. A symbol of unparalleled power, profound wisdom, and a mysterious deity.

4. Thor's Hammer
Thor's Hammer was named Mjölnir. In Norse mythology, this mighty hammer has earned so much respect that no other weapon can match it. This hammer is associated with lightning, thunder and storms. For the Vikings, this hammer won their hearts. Because the Mjölnir hammer is the symbol of Thor. 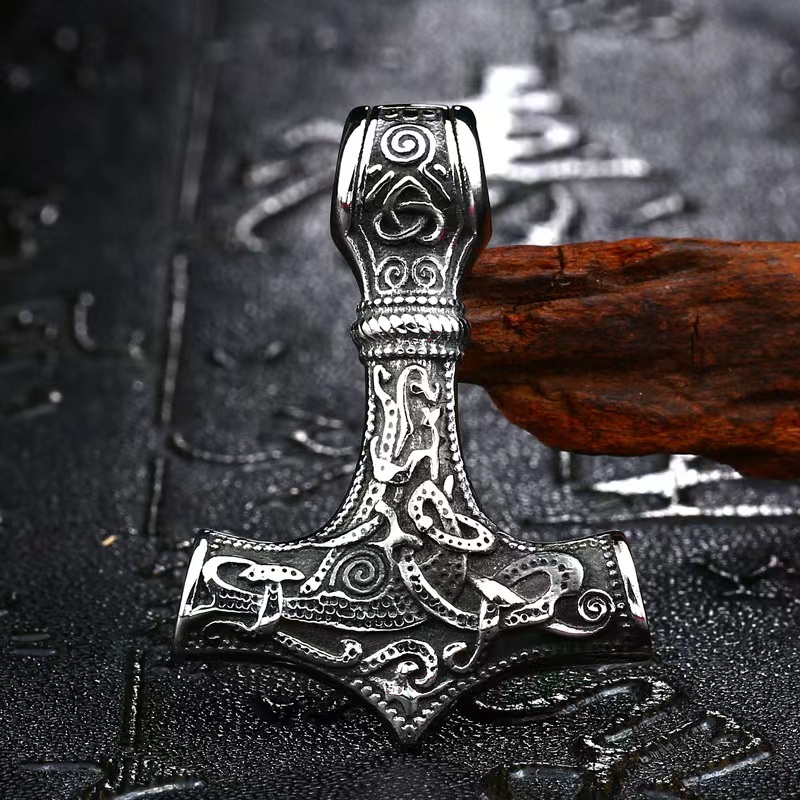 Thor is the most powerful and kind deity, and the Quake symbol serves as a talisman of battle and life, offering them strength, courage and generosity.

5. Hugin and Munin
On Odin's shoulders sat two crows, one named Huginn and the other Muninn. The two crows told Odin what they had seen and heard, without omission. Odin sends them at dawn, they fly all over the world and report back before dinner, so Odin is in control of many events. The mysterious power of the couple makes them revered and admired. 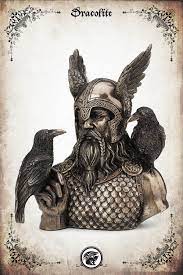 In Norwegian, Huginn and Muninn mean "thought" and "memory" respectively. The symbol of the two ravens also becomes Odin's presence and his power.

6. Ouroboros
Anyone who has read Norse mythology knows that Midgard (Jormungandr, also known as the worldly python), the snake of the world, is Loki's second child. Thrown into the sea by Odin, but it grows in the sea, knowing that it can circle the world, end to end. 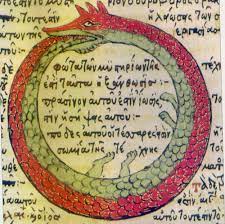 This symbol expresses the unity of all spiritual and material things. It also represents the eternal cycle of rebirth and destruction. 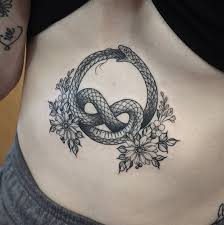 7. Troll Cross
This symbol of the troll cross was also popular and appeared in many Viking houses. This symbol acts as a defense against lingering bad trolls, evil and negativity. 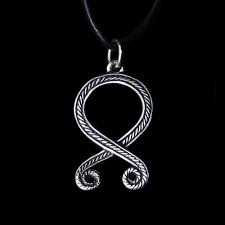 8. Web of Destiny
Weaving and weaving is one of the oldest human handicrafts, and in ancient myths and legends it is often a metaphor for the state of human beings. The interweaving of various threads of warp and weft seems to be a symbol of what we call destiny. We are a thread of freedom that exists alone, but must exist in the weft of family and society, and must be bound by the warp of our own past and future. influences. 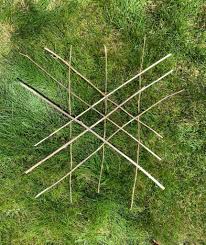 Destiny is like such textiles, which are connected to each other and affect each other. When you are in it, you feel that everything is unexpected and reasonable. Our existence is like a part of this textile, known in the Norse tradition as the Web of Wyrd, which generally translates to the Web of Destiny.

Wyrd is like a philosophy brought by nature. This symbol reminds us that "present" is the sum of all actions of "past", "past" is absolutely existing and unchangeable, "future" may have traces but must be affected "now" effect.

9. Vegvisir
Vegvisir means "signpost" or "pathfinder". The Vikings carried Vegvisir with them because they believed the symbol would guide them to their desired destination. Whether they are at sea or elsewhere, this sign will bring them home safely. 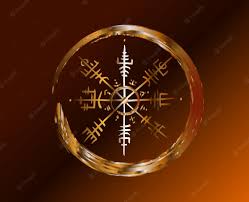 10. RUNE
In Norse mythology, the rune was first discovered by the all-father Odin. In order to seek higher wisdom, Odin, the father of the gods, hung himself from a tree for nine days and nine nights, thinking about the mysteries of the universe. When he came down from the tree, he realized the runes.

It is an ancient Nordic alphabet. In addition to being used as words, these words can also be engraved on animal skins, wood chips, stones, crystals, metals or gemstones representing these symbols for divination. Now the special characters of rune runes are more widely used in various games and film and television works.

Runes were the primary communication system in the Viking Age. This type of alphabet is the link between the Vikings and the Norse pantheon, as it is believed to facilitate communication between visible and invisible forces.
Runes are highly respected due to their divine powers, and until now they are a must-have option for lovers of Norse culture