Shopping Cart
Home
/
Viking Culture
/
Do you know what the pentagram means?

Do you know what the pentagram means? 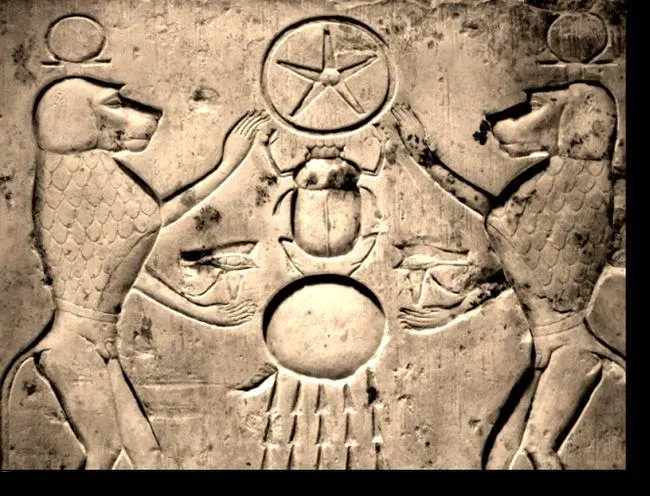 Celts used the pentagram as a symbol of Morgan, the goddess of the underworld. In Celtic legend, the sun hero Gavin painted a pentagram on his blood-red shield to pay tribute to the goddess. The mystics of the Pythagorean school also worshiped this symbol, calling it the "five staggered births (words)". Therefore, in the occult, the pointed pentagram represents "life" and "health", and is used as a magical symbol for praying for happiness, as well as as a guardian charm and a symbol for healing injuries. The ancient Babylonians even painted the pentagram on the food container, believing that it would keep the food fresh; and among the seven seals of Babylon, the first sacred symbol was the pentagram. In the classics of Judaism, these seals represent the name of the secret of God, and the pentagram is the most important one, so the "King Solomon's Magic Ring" fabricated by medieval warlocks is also engraved with a pentagram, and because of this, The pentagram has also been misrepresented as the "Seal of Solomon". The pentagram also appears on the seal of the angel Metatron, a symbol that includes a circular magic circle, a pentagram, and a spell. 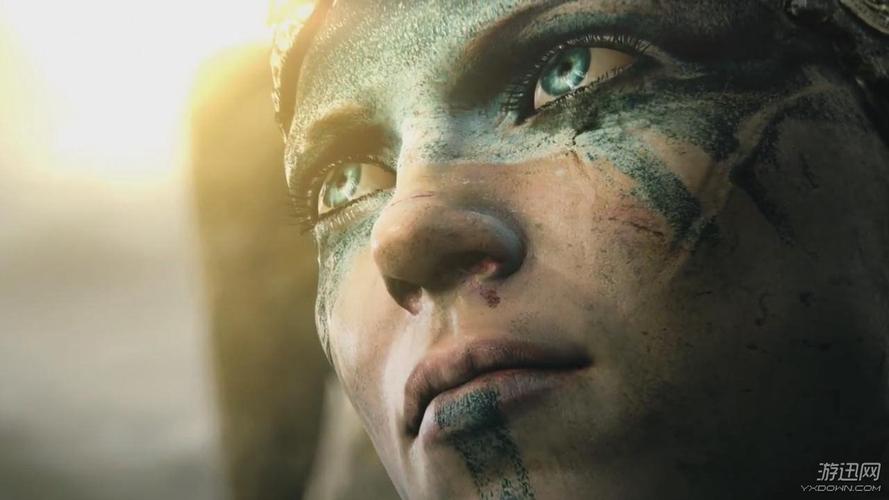 In the so-called microcosmic model (human model) drawn by medieval alchemists, the outer circle represents the universe, and the inner is painted with a male figure, whose head, hands and feet correspond to the five horns of the pentagram, and the genitals are located in the center of the circle. Therefore, the warlocks believe that the human "microcosm" (refer to the "Tree of Life" item) is dominated by five stars.
Since the pentagram can be drawn with one stroke, the ancients also believed that it could prevent the invasion of demons and evil spirits. In the magic circle of the occult, the circular magic circle is used to protect the magician himself, while the pentagram is used to seal the demon. The devil is sealed in the pentagon in the middle of the pentagram. Therefore, the church referred to the pentagram as "the devil's coat of arms", "the witch's cross", "the magician's star" and "the witch's foot", and even claimed that the wolf had a pentagram on the heel. 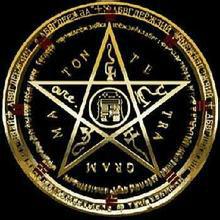 Slavic witches in Eastern Europe used this superstition to perform a medical witchcraft called "Measuring the Five Stars", which required the patient to stand in a "small universe" posture (standing in a "big" shape) and then tie a hemp rope Connect the ankle to the neck and then to the other foot, then to the middle fingers of both hands, forming a pentagram. After the witch pretended to "calculate", she talked nonsense about the patient's condition, then cut the hemp rope with a dagger, took out a piece of fire, and let the patient inhale the smoke emitted by the burning. Finally, the witch scatters the ashes in the water and asks the patient to take the water as medicine. This is basically the same as the tricks of some gods and witches to deceive people now. 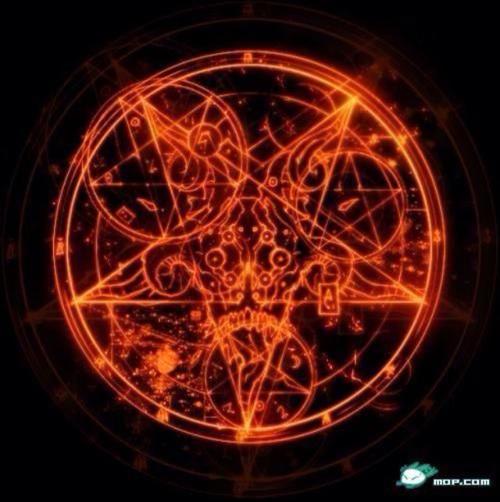 The pentagram, which hangs upside down (with its horns pointing downwards), is regarded by Neoplatonists as a symbol of the "pentagram", representing the four horned creatures (goat, sheep, bull, stag) and human beings. , originated from the Indian Tantris sect that the horn represents the male "ability" and is the specific manifestation of the "flower of wisdom" (refer to the "hexagram" item). The idol of this five-horned god is called the devil Baphomet by the church. It generally appears in the shape of a human with the head of a male goat, and has bisexual characteristics (see the item "horns" later), and its head is hung with a pentagram ( It is the object of worship of the modern warlock group "Eastern Templars".
If the pentagram is turned upside down (inverse pentagram), in Christianity it means to point the human spirit downward, that is, hell. Christianity is regarded as an evil demon symbol, and the inverted pentagram also represents Satan, which is Satanism. Logo (inverted five-pointed star with the head of a goat (sinner), re-circular) The cover of the Satanist Bible is an inverted five-pointed star logo. 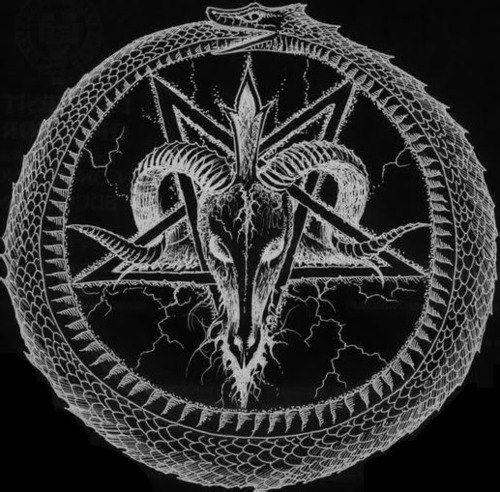 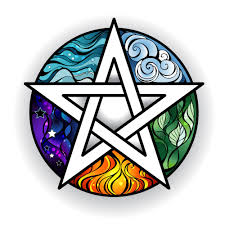 The five vertices of the pentagram represent different elements, namely earth, water, fire, wind and the fifth element that symbolizes the spiritual power of human beings. The pentagram is also a symbol often used in magic, because its As a whole, it looks like a human body, with the top point being the head and the rest being the limbs.
In the Bible, man is created, and the pentagram also contains the meaning of creation, which corresponds to the four elements and the human body. When the apex points to the sky, it represents holy power.