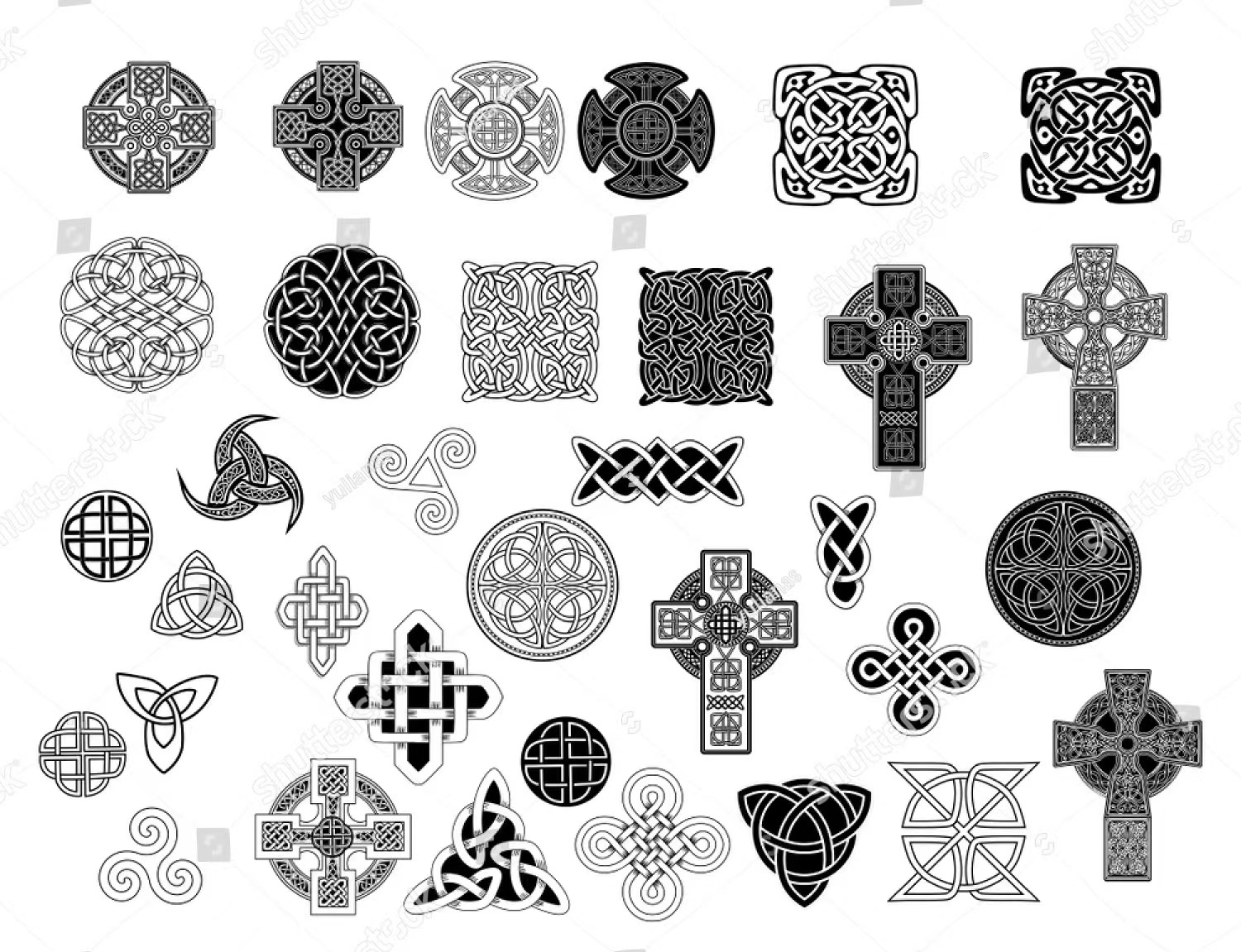 The knot has fascinated people since the dawn of human history. In the 17th century BC, an Anatolian merchant came to Mesopotamia to do business. He used the knot pattern in Figure 3.4.1 as his seal, which is now preserved in the British Museum. . We have no way of knowing why he used this pattern, but we can guess that seals with knot patterns appeared in earlier times before writing was born. 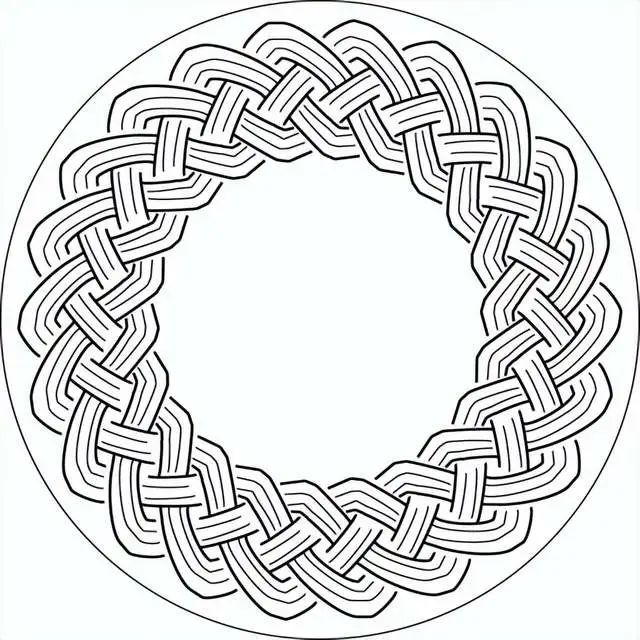 Figure 3.4.1 Seals used by Anatolian merchants around the 17th century BC (collected by the British Museum)

The legend of ancient Greece - Gordian knot, on the acropolis of Gordian, the northern city of Asia Minor, stands the Temple of Zeus. In the temple, a chariot is enshrined. Between its yoke and the yoke, a rope buckle was formed with dogwood rope, and the head and tail of the rope could not be seen on the rope buckle. The oracle said that if anyone could untie the knot, then he would become the hegemon of Asia. This is the famous Gordian knot. For hundreds of years, the knot of Gordian stumped all the wise men and craftsmen in the world, until Alexander led an expedition here in 334 BC. He glanced at it, pulled out his sword, and cut the knot. The people present were stunned, and then gave out thunderous cheers, praising him as an extraordinary man of God in unison. 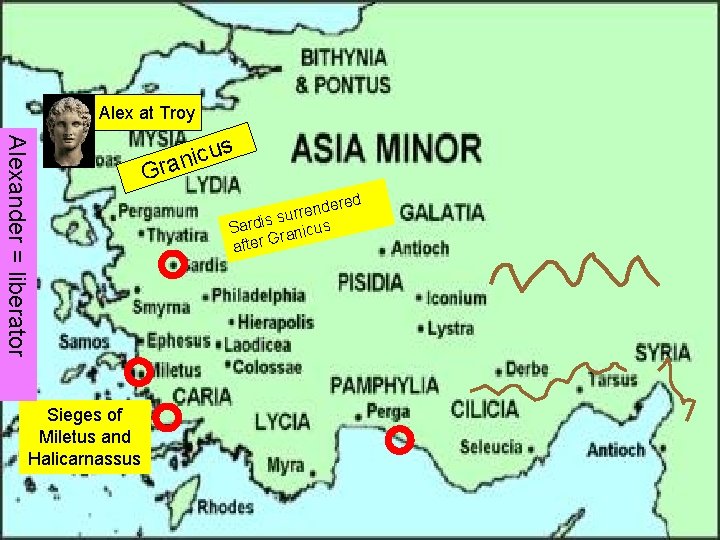 But according to Alexander's teacher Aristotle, Alexander did not have such a simple and crude method to untangle the knot. He first pulled out the pins that fastened the yoke to the chariot's pole, and then pulled the yoke out. While no one knows the type of Gordian knot, and no one can confidently say how exactly Alexander untied it, the prophecy about the knot has certainly been fulfilled. Alexander's later journey was very smooth, and he conquered everything he went. If it were not blocked by the Pamirs, the war between China and Alexander in the east might have determined the true ownership of the Asian hegemon. 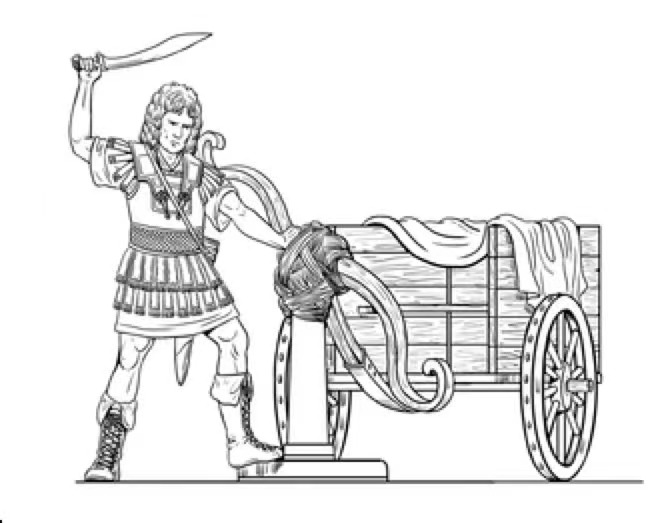 The Legendary Gordian Knot
The documented record of knots comes from an ancient Greek physician named Heracles in the 1st century AD. He has written an article on Surgeons Slings, where he explains 18 ways to strap orthopaedic slings and gives detailed instructions. Figure 3.4.2 is a knot of Hercules. 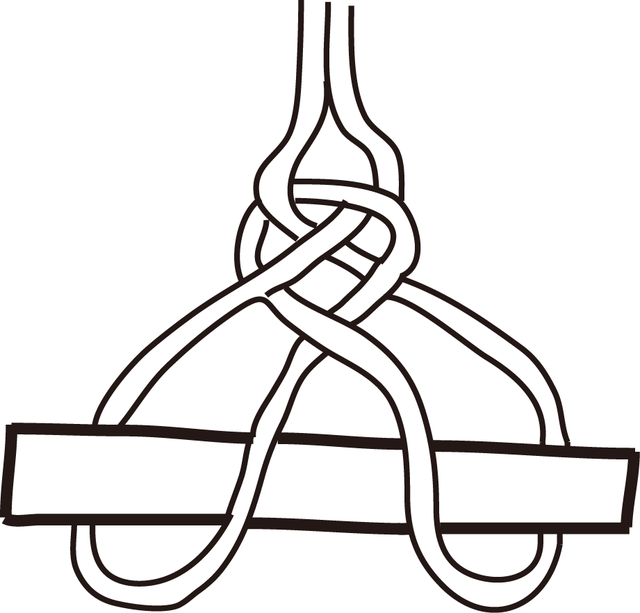 Figure 3.4.2 The Crossed Ropes of Ancient Greek Doctors
The masters of the use of knots as decorative art were the Celts. The Celts were experts in agricultural civilization and polytheistic worshipers of nature. Celtic art borrowed a lot of natural images and ideas. It is their spiritual reflection and source of strength, and attracts us with special forms and mystical themes. 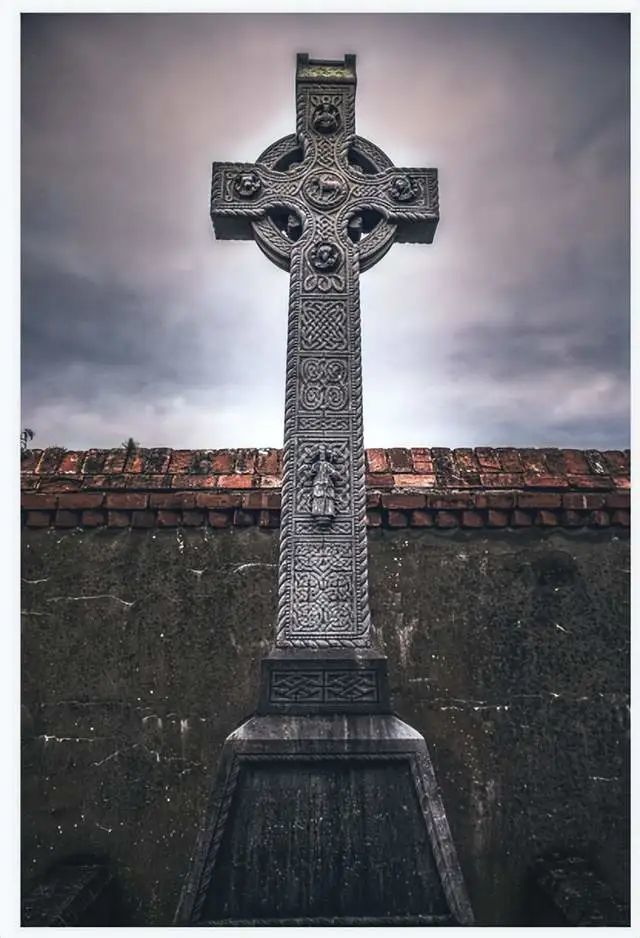 Figure 3.4.3 Celtic Cross
The Celtic culture we see today is the result of the fusion of multiple civilizations over the centuries and has a very enduring aesthetic value. Central European art of the 7th century BC is the earliest known Celtic culture, and it was the result of a fusion with the Hallstatt culture in the form of metalwork, pottery, jewelry. Hallstatt metalwork is characterized by repeated intersecting geometric patterns, which means that much of the Hallstatt culture is borrowed from later Celtic art. Around the 3rd century BC, the Celts moved into the British Isles and have continued to this day. When the Roman Empire was in full swing and exporting its culture to the outside world, Celtic art began to be influenced by classical Roman art. This powerful influence intensified as the Romans conquered more and more Celts. Celtic sculptors began designing high crosses, which were symbolic figures. What is special about it is the center of the cross, which first represented the sun, and then changed to represent the Son and eternity. The middle circle is divided into four parts, which represent the four seasons and the four directions. The entire cross is engraved with knot patterns. Today, the image of the cross on the Christian necklace is derived from this. 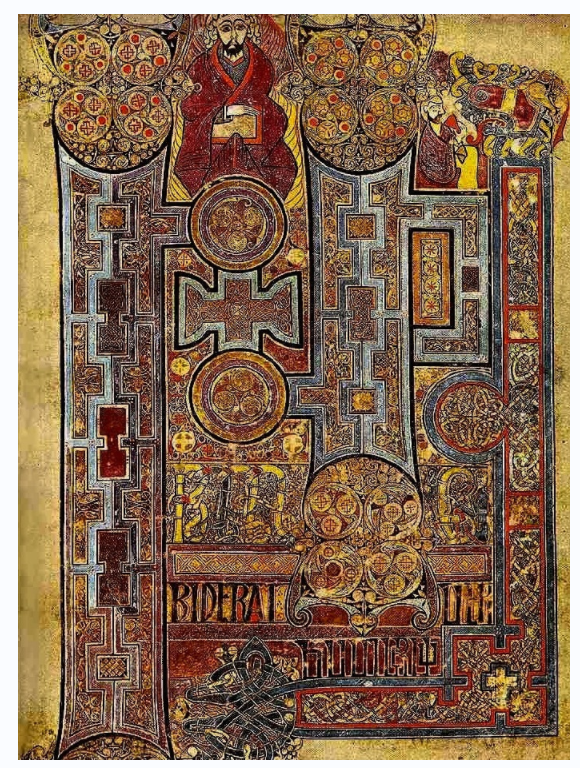 Figure 3.4.4 The Book of Kells
The use of the knot is very flexible, it can be used whether it is weaving geometric patterns or random free forms. The effect of the knot is to create the feeling of a woven strap, where a single thread can be woven into an intricate and beautiful pattern. The Celts hated empty space, and knots were an ideal and flexible space-filler, and they filled their books and crosses with such endless patterns of knots.
Knots can be woven into any pattern, but there is only one rule to follow - up and down. If one strap passes under another strap, it must press on top when it meets the next strap, and so on. 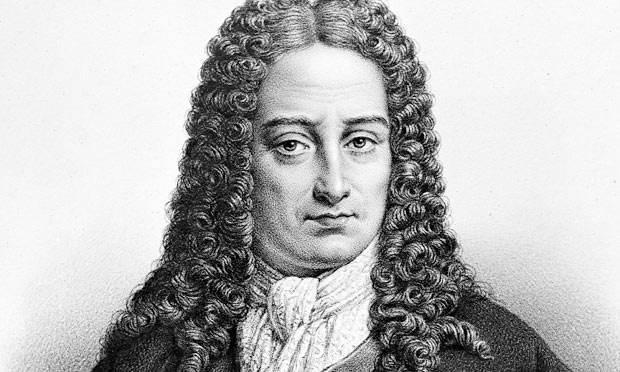 Gottfried Wilhelm Leibniz, July 1, 1646 - November 14, 1716
The scientific world did not wait until the 17th century for the dawn of knot theory. Modern knot theory originated from the speculation of Leibniz, who believed that in addition to calculus and analytic geometry, there should also be a "positional geometry". ” (geometria situs), this positional geometry ignores figure size and deals only with position-dependent relationships. Leibniz wrote to Christian Huygens in 1679:
"I'm not content with algebra because it produces neither the shortest proofs nor the most graceful geometric constructions. Given this, I think we need another kind of geometric analysis or linear analysis that deals directly with position, just like algebra The processing size is the same.”
However, the official birth of knot theory will have to wait 35 years. In 1771, the French mathematician Alexandre-Theophile Vandermonde (1735-1796) wrote a paper "Discussion on the Problem of Position", in which he specifically referred to braids and knots as the a theme. Vandermonde wrote in the first paragraph of the paper:
No matter how tortuous the line system in space is, one can always get an expression for calculating its size, but this expression is not very useful in practice. Craftsmen who weave braids, nets, and knots are not concerned with size, but with placement, and they see the way the threads are intertwined.
For centuries, mathematicians have tried to distinguish between individual knots and clumps that look like knots. Of course, the knots in mathematics may not be the same as you imagine, and the knots mathematicians study have no ends. The simplest mathematical knot in theory is a rubber band. Mathematicians call it the "ordinary knot" because it's so boring, you take a rubber band, you rub it, squeeze it, tie it, do all sorts of weird things to it, make it look It looks like a very complicated knot, but in fact it is no different from the beginning, because a step-by-step reduction will turn it back into the original simple ring. So, is there an "extraordinary" knot? 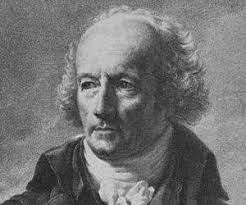 Alexandre-Theophile Vandermonde，1735-1796
Of course there is.
The simplest non-trivial knot is the trefoil knot in the Book of Kells introduced earlier (Figure 3.4.5), which is the basic figure in Celtic knots. As can be seen, it is a closed line, and on the projection of this angle, we can see that it has 3 intersections. If I turn it, it might look different, it might have more than 3 intersections at a certain angle. But it can never have less than 3 intersections. 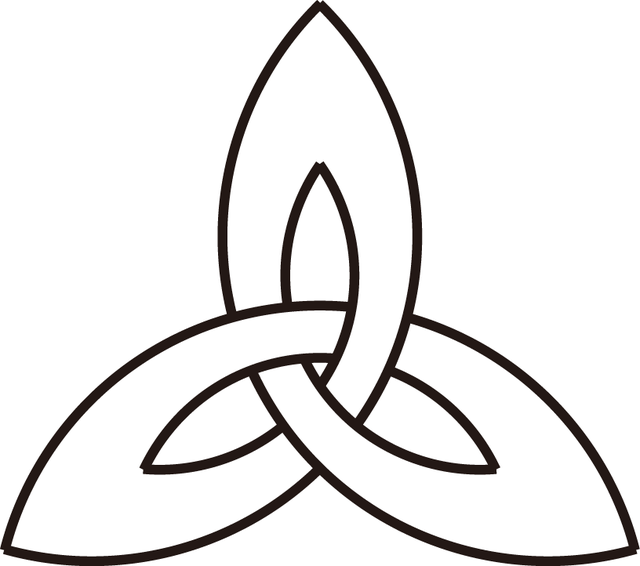 Figure 3.4.5 The trefoil knot in the Book of Kells

The question is, how can you be sure that 3 is its minimum number of crossings?
You might think this is obvious. Of course, for a simple knot, finding its minimum number of crossings is a piece of cake. But if the number of knots crosses twenty or thirty, or more, then you can't be sure. In fact, until now, determining which kind of complex knot belongs to is still an unsolved problem in mathematics. However, once you find the simplest way that a knot looks, that is, when the number of knot crossings is the smallest, then you at least know which category the knot belongs to. 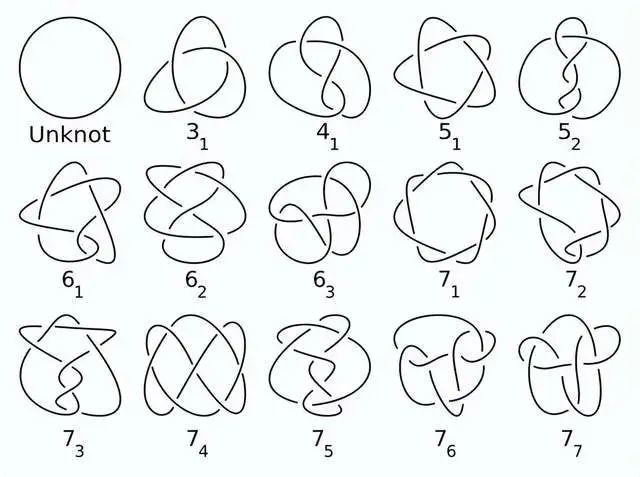 Classification of knots is a very challenging problem. You might think a computer could, scan any knot and tell you what it is based on a diagram. But unfortunately, computers can't do it. It can analyze simple knots, knots below a dozen intersections are fine, and more are difficult. Because it's hard to know how to turn the knot into a form with the smallest number of intersections. Furthermore, we don't know how to deform them again to look exactly like some kind of knot in the existing diagram. After years of hard work, mathematicians have compiled a huge checklist of knots. So far, people have been able to identify more than 1.7 million knots that are not equivalent to each other and contain up to 16 knots. To this day, there are symposiums dedicated to the study of knots in the world, involving scientists from all fields. Some of them study molecular inheritance, and they use knot theory to disassemble the way DNA loops; some study quantum physics, and they use knot theory to demonstrate the basic properties of tiny particles. The mathematical study of knot theory is so advanced that no one can fully grasp its most profound applications. For thousands of years, human beings have used simplicity as a knot for a collar, and developed models of various structures in real life.
Share Tumblr